Ⅰ. What is the NFC
NFC is wireless near field communication technology. It’s developed by Philips and SONY, NFC is a contactless identification and connectivity technology that enables near field wireless communication between mobile devices, consumer electronics, personal computers and smart control tools. NFC provides a simple, touch-sensitive solution that allows consumers to exchange information, access content and services in a simple and intuitive manner.
NFC adopts electromagnetic coupling induction technology. The electromagnetic field frequency is 13.56MHz, and the carrier frequency band is a global band without license. The originating device USES 13.56MHz signal to excite the antenna to generate a magnetic field. Energy is transferred to the target through near-field coupling. The target modulates the magnetic field and returns the data to the originating device to complete communication. 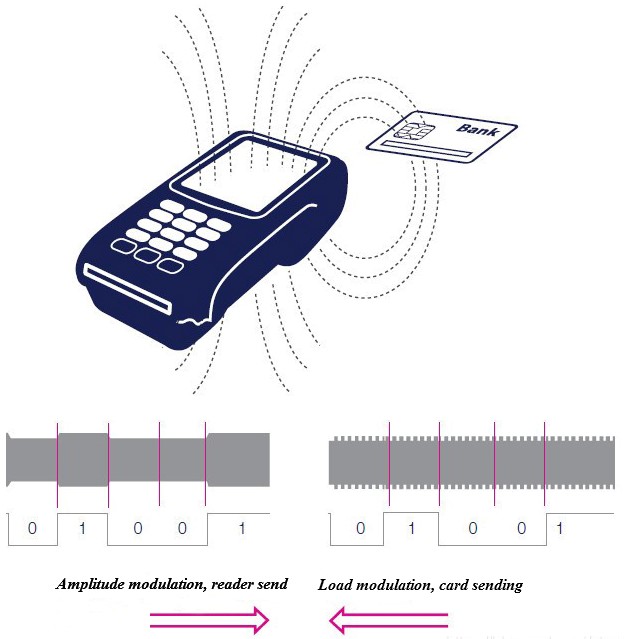 Ⅱ. NFC function point introduction
NFC adopts active and passive reading modes, and NFC application modes are divided into three types:
1. NFC card mode (read mode, the mobile terminal can simulate to become a common contactless card and be read by POS machine, which is equivalent to bank card, access control card, bus card, etc., and can also support client access to SE, so as to realize the functions of bank card stored in SE, bus card balance reading, air recharge, etc.).
2. Reader mode (in the master mode, the mobile terminal can read the contents of a contactless card or a contactless tag, which is equivalent to using an NFC mobile phone as a POS device to read bank cards and bus cards, or reading standard data in tags defined by NFC, such as business cards and posters)
3、Point-to-point mode (refers to two mobile phone terminals passing data directly by touching in close proximity) 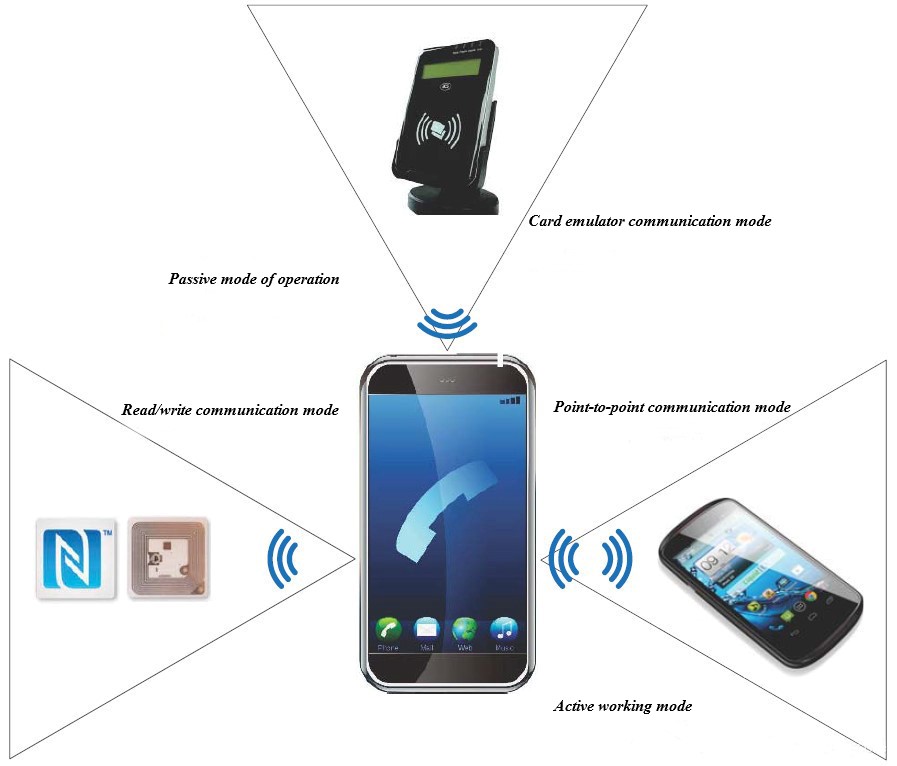 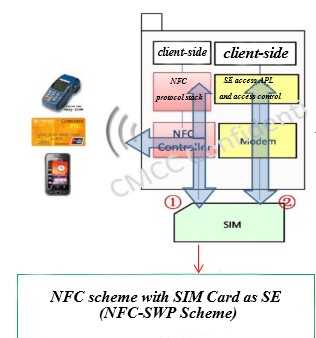 5. SE access control: Control and authorize SE access to ensure SE security
6. AP access SE chip: The interface chip used by the client to access SE through the application processor. The chip will be different depending on the type of SE used，If the SIM card is SE, the chip is the modem.
NFC terminal information routing mechanism is different under different mode, working in the NFC terminal in the simulation model, the signal sent by a POS integration NFC Controller forwarded to handle in the SIM card, and when the NFC terminal work in reading and writing device, point to point mode, or mobile phones to read information from the external card will be sent to you by NFC Controller are forwarded to the NFC protocol stack, eventually passed on to the operating system or the client application process. 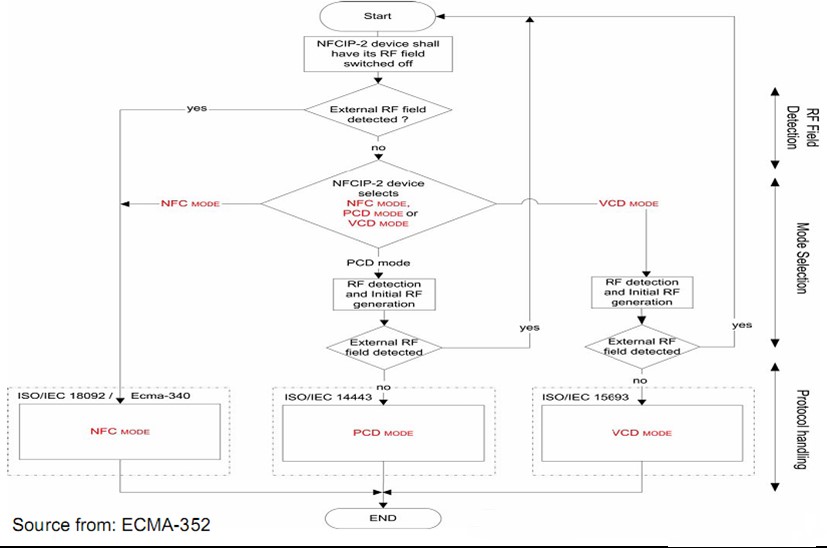 2. Passive mode
a. Initiator generates rf field and initiates communication
b. Target responds to the instruction of the originating device by means of load modulation
c. Significantly reduce power consumption

2. The modulation encoding from Target to Initiator 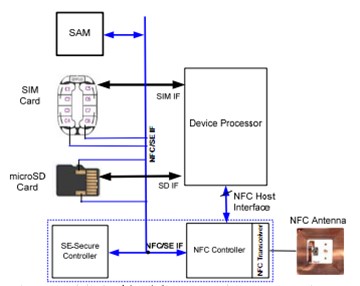 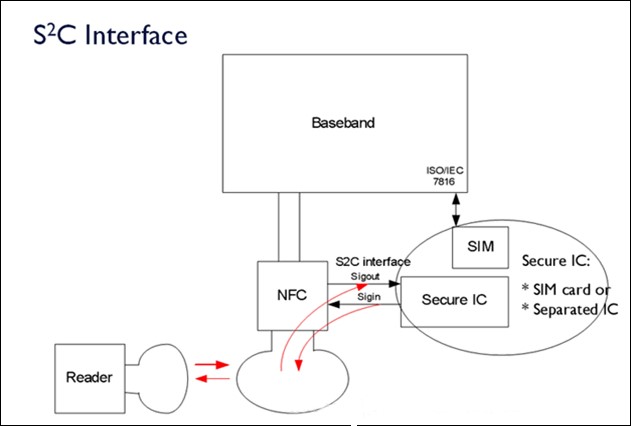 5. Features of SWP scheme.
a. Realize full-duplex communication based on voltage and load on one signal line.
b. SIM card supports 7816 and SWP interface.
c. The SIM card needs to support two interfaces of the protocol stack
d. The two interfaces need to be managed independently
e. SWP scheme requires the redesign of NFC front-end chip and SIM, which involves a wide range of aspects and is difficult to promote in the market. 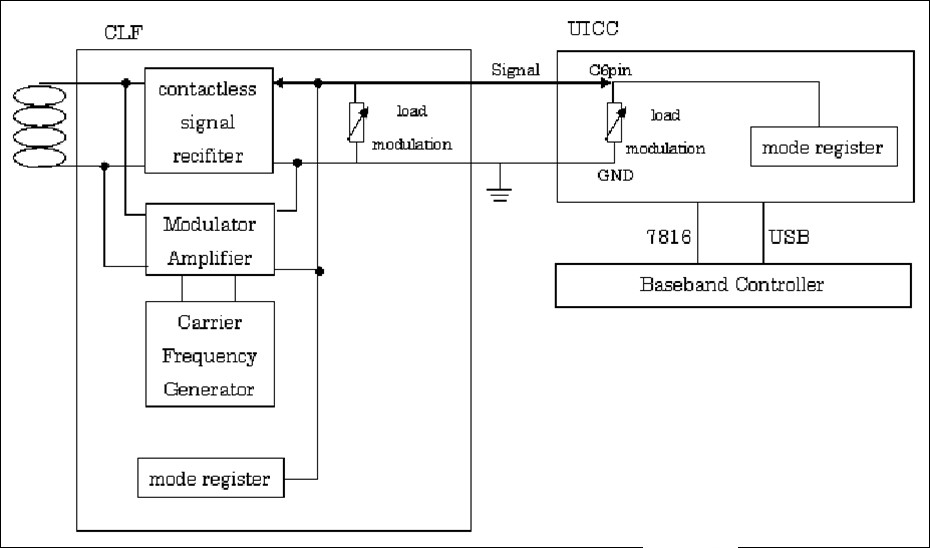 7.Features of CLFI scheme
a. Sony is based on Felica technology
b. CLFI transmits energy on C6 pins in addition to data signal and clock signal
c. The CLFI does not need to connect the VCC (C1) pin of the SIM card, and the SIM card extracts energy directly from the CLFI signal
d. CLFI signal is a half-duplex communication mode through amplitude modulation and load modulation. 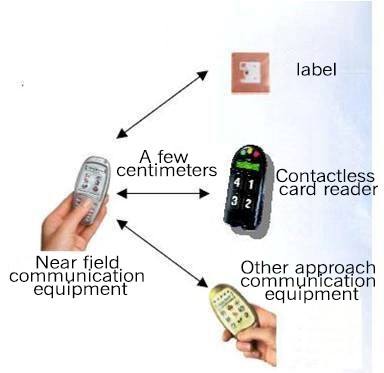 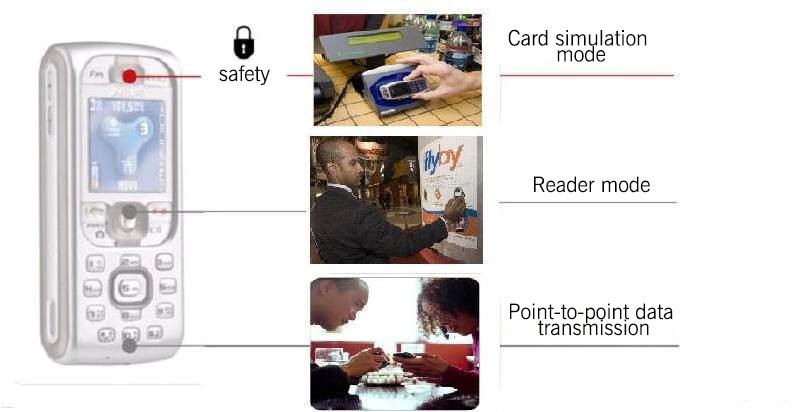 b. Application of classification

Next: What is the differences and connections between automation, artificial intelligence