Smart cards are the generic name for plastic cards (usually the size of a credit card) with microcomputer embedded in them, some of which contain microcomputer.

（1）Magnetic stripe card: the magnetic stripe on the card can store a small amount of data with low security. It can be used by swiping the card.

（2）Chip card: it has 6-8 contacts, which can be inserted into the card holder when used. A single chip microcomputer is inside the card, which can store a large amount of data and can be encrypted. It can be used in the way of "inserting card", and it follows the international protocol ISO7816.For examples are cell phone card and old pay phone cards. 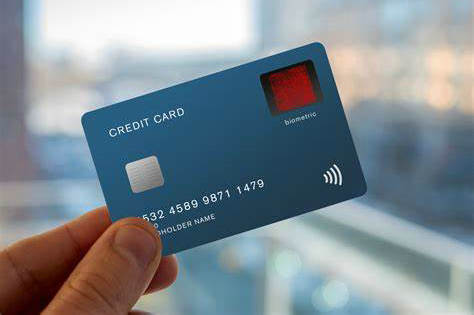 There is no contact and no power supply on the card, but there is RF circuit inside. The card reader constantly searches for the card within a certain range, and the generated electromagnetic field obtains energy and exchanges information with the reader. Due to the passive and contactless characteristics of contactless smart cards, their service life and security have been greatly improved.

ID card only records the card number, and the card number inside the card reads without any permission, which is easy to copy.ID card cannot write data, and its record content (card number) can only be written once by the chip manufacturer, and the developer can only read the card number for use, which cannot work out a new number management system according to the actual needs of the system.

The authority of recording data in IC card and writing shall be authenticated with corresponding password. Even each area in the card shall have different password protection to comprehensively protect data security. The password of writing data on IC card and the password of reading data can be set to be different, which provides a good grouping management mode to ensure system security. IC card can not only read a large amount of data by authorized users, but also write a large amount of data (such as new card number, user permission, user information, etc.) by authorized users. The records recorded by IC card can be repeatedly erased and written. The security of IC card is far greater than that of ID card.

IC cards are divided into contact and non-contact IC cards, both of which belong to the RFID category. The chip of contact IC card is directly encapsulated on the card base surface, while the non-contact IC card is composed of chip and coil, which can be divided into COB wound copper wire, etched antenna, printed antenna and so on. The application difference between the two is as follows: the former needs to insert a card reader during use, such as a bank card, while the latter only needs to be close to the sensor antenna of the card reader to be read, such as a traffic card and an access control card.

ID card is an early contactless electronic tag. It works at 125kHz and has only one ID number, so it cannot store any data. Therefore, it is called ID card.

RFID cards also include electronic cards/tags in other operating frequency bands, such as 915MHz, 2.4GHz and so on.

The difference between RFID cards and NFC

Compared with RFID technology, NFC has the characteristics of short distance, high bandwidth and low energy consumption. The details are as follows:

（2） Working effective distance: NFC (less than 10cm, so it has high security), RFID distance from several meters to dozens of meters.

（3） Because the same work in 13.56MHz, NFC and the existing non-contact smart card technology compatible, so many manufacturers and related groups support NFC, RFID standards more, unified more complex, can only in the special industry with special needs, the use of the corresponding technical standards.

II. According to the security level, smart cards can be classified as memory cards, logical encryption cards and CPU cards.

Memory card is used to store data, use free, like TF card, U disk, hard disk;

The logical encryption card is to encrypt the memory card through encryption technology. The password is needed to read the data, which is of high security for the stored files.

CPU card is installed in the card surface CPU chip, storage data to verify the password, and may be different applications have different passwords, access to data is more strictly controlled, the highest security.

7816-4: Specifies the interface organization, security and command for contact smart card to interact with the outside world;

14443-3: Specifies the initialization and anti-collision algorithms of PICC;

14443-4: Specifies the transport protocol for PICC.

10536-3: The electrical signal and reset procedures for CICC are specified.

15693-2: Specify the air interface and initialization of VICC;

15693-3: Specifies the conflict prevention and transport protocol of VICC.

11784: The coding structure of the animal recognition signal is specified;

Next: Analysis on the anti-drop performance of the handheld terminal